Taking Care Of Myself Naturally

3 Natural Herbal Medicines For Your Mental Health, Wellness, And More

Depression, anxiety, and insomnia seem to be a very common part of modern life these days. Watching a television program showcases this well as every commercial break shows an advertisement for some new antidepressant or other pharmaceutical drug that will supposedly cure what ails the nation. If you listen closely to the commercial, the end always features the narrator rapidly stating potential side-effects, some worse than what it is supposed to fix. A better option may be to use herbal medicines instead. Here's a look at three natural medicines that have far less serious side-effects than their man-made counterparts.

A tiny gland in the center of your brain produces the hormone melatonin. This hormone is responsible for regulating your circadian rhythm, or sleep and wake cycles. Illness, injury, aging, and stress can all affect how well you sleep. Melatonin production decreases with age, and this will likely lead to sleeping less. Taking an inexpensive supplement each night can help ensure you get a good night's rest.

St. John's wort is a pretty yellow wildflower that grows throughout the world. This is one of those natural herbal medicines that has had a lot of research. German physicians commonly prescribe it as it has been found to be useful in treating mild to mid-range depression. It can also help with the adjunct symptoms that commonly arise with depression, such as poor appetite, fatigue, and anxiety. Additionally, St. John's wort may ease the severity of menopause symptoms, like hot flashes.

It's important to remember herbal medicines can still be quite powerful even though they are natural medicines usually derived from plants or mimic substances the body makes to begin with. St. John's wort can interfere with some medications, so it's important to discuss this with your doctor before taking it. Do not take it with any other prescribed antidepressants; this could result in severe side effects.

Also made from a flower, valerian root has a mild sedative effect. This can be useful as an anti-anxiety as well as to help bring sleep on those occasions it eludes you. Valerian root can also help menopausal women. Like a prescription sleeping pill, it is best to not rely on it routinely. Unlike a prescription sleeping pill, you are less likely to suffer from a "hangover" effect the next morning. You should consult with your doctor before using valerian root as it can also interact with medications. 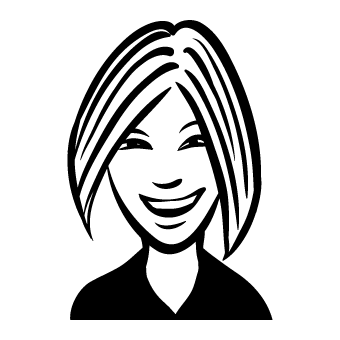 When I discovered that I was allergic to several mainstream medications, I realized that I could be in serious trouble if I ever came down with anything. Instead of pouting about the problem, I decided to work with my doctor to find a holistic therapist that could help me to find some natural medical treatments. It was amazing how much of a difference a few visits to a therapist made. I learned how to soothe headaches with peppermint oil, and how to take the edge off of a bad bug bite. I know that natural medications can help you, so read my blog.